Growth downgrade casts a shadow over the budget

Chancellor of the Exchequer, Philip Hammond, offered an optimistic vision of the UK’s future when delivering his first Autumn Budget on 22 November. But downgrades to the latest economic forecasts, released alongside his Budget Statement, overshadowed the Chancellor’s announcements.

Mr Hammond was under intense pressure to deliver a Budget that would revive his party’s flagging political fortunes and the abolition of stamp duty for most first-time buyers was the flagship announcement designed to boost the government’s popularity.

However, it was the Office for Budget Responsibility’s gloomy forecasts that grabbed the post-Budget headlines. The government’s independent economic forecaster confirmed that growth prospects have weakened considerably in the past six months, with their economic growth forecast for 2017 downgraded to 1.5%, half a percentage point lower than predicted in the spring.

This reduction was largely due to a forewarned downward revision to the UK’s long-term productivity rates. And this also resulted in predicted growth slowing to 1.4% next year and 1.3% in 2019, which would be the lowest growth rate since 2009 when the economy was still gripped by the financial crisis. The weaker growth profile also produced a significant upward revision to the government borrowing forecasts across the next five years.

Commenting on the Budget forecasts, Paul Johnson, director of the Institute for Fiscal Studies, said they “make pretty grim reading”. He went on to suggest that the UK now has only a ‘remote’ chance of achieving budget balance by the mid-2020s, and that reversing the fiscal fallout from the financial crisis will take over 40 years on current plans.

He also described the prediction that average UK earnings in 2022 could still be less than in 2008 as “astonishing”, and added “we are in danger of losing not just one but getting on for two decades of earnings growth”.

Interest rates up but next hike probably some way off 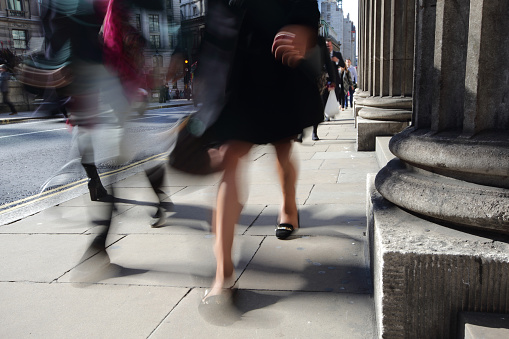 The Bank of England (BoE) raised interest rates for the first time in more than ten years on 2 November but stressed that it only expects “very gradual” further increases over the next few years.

The nine members of the Monetary Policy Committee (MPC) voted 7-2 to raise the official bank rate from 0.25% to 0.5% in early November. This move effectively reversed the emergency quarter percentage point cut from August 2016, which was made in the aftermath of the Brexit vote.

Whilst making the announcement, Bank of England Governor Mark Carney signalled that he expects to sanction two further rate rises over the next three-year period in order for the BoE to fulfil its obligation of keeping consumer price inflation at around 2%.

Perhaps ironically, the latest inflation data released in mid-November unexpectedly showed that the Consumer Prices Index 12-month rate held steady at 3.0% in October 2017, the same level as the previous month’s five-and-a-half-year high. This led to some suggestions that the BoE may have been hasty in its decision to raise rates.

It also raised questions about how quickly the BoE might follow up on November’s hike. The consensus view suggests there will be another quarter percentage point rise towards the end of next year, although a large minority of economists do feel that rates will remain unchanged across the whole of 2018.

One point of agreement though is that the next MPC meeting, scheduled for Thursday 14 December, is likely to be a much quieter affair with rates expected to be kept on hold. 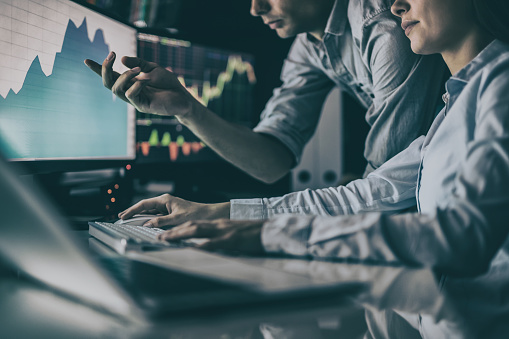 The FTSE 100, Britain’s index of leading shares, experienced a mixed month in November, with nine positive closes and 13 negative. The index peaked on November 6, ending the session on 7,562.28, before tailing off to finish the month on 7,326.67, a loss of 2.22%. This was its worst close since June, as the index came under pressure from rising sterling, buoyed by Brexit negotiation optimism – the pound hit a two-month high. The FTSE 250 also closed the month in negative territory, at 19,952.89, a fall of 1.36%. The junior AIM followed suit, losing 1.20% over the month at 1,026.54.

Stocks gained in the US at month end, as the sell-off in technology and other high-flying stocks reversed on the last trading day of the month, and Washington moved closer to delivering lower taxes on corporations, a major plus for the stock market. US data showed a rise in inflation and a decline in initial jobless claims, reinforcing expectations that the Fed will raise rates next month and several times in 2018. The Nasdaq Composite closed the month up 2.17% on 6,873.97 and the Dow Jones closed on 24,272.35, a gain of 3.83%.

Tokyo’s main index, the Nikkei225 advanced 3.24% to close November at 22,724.96, boosted by gains in US equities. The Eurostoxx50 dropped 2.89% to finish on 3,569.93. European shares fell back at the end of the month, marking their biggest monthly fall since June as profit-taking ensued as earnings growth in the region slowed and political worries resurfaced.

Gold closed the month 0.31% up at $1,274.74 a troy ounce. Brent crude closed the month at $62.80 a barrel, a gain of 2.33%. Oil rose on Thursday after OPEC (Organization of the Petroleum Exporting Countries) and non-OPEC producers led by Russia agreed to extend output cuts until the end of 2018.

Mixed signals from the high street

Retail sales figures are always keenly watched around the run-up to the crucial Christmas period and this year the data appears to be sending mixed messages.

Official data released by the Office for National Statistics (ONS), for instance, showed that UK retail sales volumes in October were 0.3% lower than in the same period a year earlier. This was the first year-on-year decline recorded in this measure since March 2013.

While this increased the weight of evidence suggesting that consumers are struggling to cope with rising prices and stagnant wages, the data does also reflect an exceptionally strong performance by retailers in October 2016 which may have distorted the comparison.

Indeed, ONS Senior Statistician Kate Davies commented: “We are continuing to see an underlying picture of steady growth in retail sales, although this October suffered in comparison with a very strong October in 2016”.

Furthermore, there are signs from the retailing sector that sales have been relatively strong in November. The latest monthly retail sales survey published by the Confederation of British Industry (CBI), for example, showed that almost 40% of retailers said that their sales volumes were higher in November than a year ago compared with only 13% who said that sales were lower.

Anecdotal evidence also suggests that consumers have been spending at record levels during this year’s ‘Black Friday’ sales event, which covered the period from 24–27 November. And the CBI survey suggests that retailers remain optimistic about prospects for December with the balance of retailers who expect sales to grow hitting a two-year high.

Although the optimism shown by retailers is encouraging for high street sales, it is clear that retailers are certainly not out of the woods just yet. Indeed, only time will tell whether their optimism proves to be misplaced or well-founded.

The UK’s long run of record employment growth may be at an end with the latest data showing that the total number of people in work fell by the highest amount in over two years.

Data from November’s official labour market statistics showed that just over 32 million people in the UK were in work during the three months to September 2107, 14,000 fewer than was recorded in the April to June period. This does still leave the total employment level 279,000 higher than a year earlier and statisticians at the ONS have stressed not to read too much into one quarter’s figures.

However, this was the first significant decline in employment since the spring of 2015 and brings to an end two years of almost uninterrupted employment growth. This has led some commentators to suggest that uncertainties surrounding the economy and Brexit may be starting to take their toll on the labour market and that the UK’s strong run of job creation may be coming to an end.

The labour market statistics also showed that the unemployment rate remained unchanged at a four-decade low of 4.3% but that pay growth, which traditional economic theory suggests should be rising rapidly with so many people in work, remained muted. Indeed, average weekly earnings, excluding bonuses, increased by just 2.2% between July and September 2017 compared to the same period a year earlier.

This means that wages are still clearly failing to keep up with the rise in prices – in real terms, average earnings actually fell by 0.5% in the three months to September, making it seven consecutive months of negative pay growth. This will clearly compound the problems being felt by many households who are already struggling to cope with a squeeze on their finances.