Chancellor of the Exchequer, Philip Hammond, stood up in Parliament at 12.43pm on Wednesday, 13 March, to deliver his second Spring Statement at an inauspicious time following the House of Commons’ dramatic rejection of the Government’s Brexit deal the previous evening. He commented that: “Last night’s vote leaves a cloud of uncertainty hanging over our economy, and our most urgent task in this House is to lift that uncertainty”. He spoke for 36 minutes before commending the statement to the House.

The Chancellor reported the Office for Budget Responsibility’s (OBR) forecast for the UK economy. The figures show nine consecutive years of growth in Gross Domestic Product (GDP) and forecast that this growth would continue for the next five years. They predict 2019 will see growth of 1.2%, 2020 1.4% and the following three years 1.6%.

At the same time, the country’s cyclically adjusted budget deficit is predicted to fall to 1.3% of GDP next year and is estimated to continue to fall to 0.5% by 2023, whilst CPI inflation will remain close to its 2% target for the duration of the forecast period.

The Chancellor announced it is the Treasury’s policy to continue to take a “balanced approach”, maintaining high public capital investment whilst borrowing and debt fall. He will initiate a three-year Spending Review to be delivered alongside the Autumn Budget, assuming a Brexit deal is agreed.

Official figures show that, over the past nine years, employment in the UK has grown by 3.5 million. The OBR believes this figure will increase by a further 600,000 by 2023. The unemployment rate now stands at 4.0% of the working population, which is the lowest recorded level since 1975. They go on to predict that this trend will continue for the next five years.

Further good news came as wage growth was recorded to be rising at its fastest rate for over a decade and is forecast to continue to grow faster than inflation.

Mr Hammond announced a number of important spending initiatives, which include an immediate commitment of £100 million to the police forces in England and Wales, specifically to address the recent surge in knife crime; £79m investment in the ‘ARCHER2’ super-computer – providing researchers with a five-fold increase in computing capacity; £81m investment in a new Extreme Photonics Centre (state-of-the-art laser technology); £45m for ‘Bioformatics’ research in Cambridge (a genomics science). He commented: “Technology does not stand still and neither can we”.

He reiterated that the Government’s priority for public spending continued to be: “putting the NHS first in-line – as the British public would expect”. Although he didn’t pledge any further funding, he emphasised the commitment of an additional £34 billion funding per year, announced previously.

The Chancellor was happy to announce that the Government had overseen the building of 220,000 new homes in 2018, the highest level in all but one of the last 31 years. He confirmed the “ambitious plan to restore the dream of home ownership to millions of younger people” is already delivering. This includes a five year £44 billion housing programme, raising annual housing supply to 300,000 by the mid-2020s, the Help-to-Buy Equity Loan Scheme and the abolition of Stamp Duty for most first-time buyers. All of these measures have combined to restore the proportion of first-time buyers to above 50% of the market for the first time in a generation. The Chancellor announced a new £3 billion Affordable Homes Guarantee Scheme to support delivery of 30,000 homes.

“We lead the world” in climate change, boasted the Chancellor, as he announced the UK is reducing the carbon intensity of our economy faster than any other G20 economy. The Government intends to publish a call for evidence on whether all passenger carriers should be required to offer additional carbon offsets, giving customers the option for zero carbon travel.

He went on to add that he intends to introduce a Future Homes Standard that will ensure that new homes are not permitted to utilise fossil fuel heating systems from 2025.

Given that he believes biodiversity has an important link with economic growth, he wants to address the plague of plastic waste. A comprehensive global review of the link between biodiversity and economic growth is being launched this year. The forthcoming Environment Bill intends to ensure that delivery of infrastructure and housing will not be at the expense of biodiversity. He announced a Marine Protected Area of an additional 445,000 sq. km. of the South Atlantic Ocean around Ascension Island.

Philip Hammond closed his Spring Statement with these words:

“We have huge opportunities ahead of us: our capital is the world’s financial centre; our universities are global powerhouses of discovery and innovation; our businesses are at the cutting edge of the tech revolution. And we have shown that we are not shy, as a nation, of the tasks that lie ahead.

“We are addressing the environmental challenges that threaten our planet; we are building the homes that the next generation desperately need. We are investing in our future, tackling the productivity gap and embracing technological change, rising to its challenges and seizing its opportunities.

“Our potential is clear; our advantages are manifest; we are the fifth largest economy in the world. A proud, successful, outward-looking nation, with no limit to our ambition and no boundaries to what we can achieve. A brighter future is within our grasp; a Britain the next generation will be proud to call their home.” 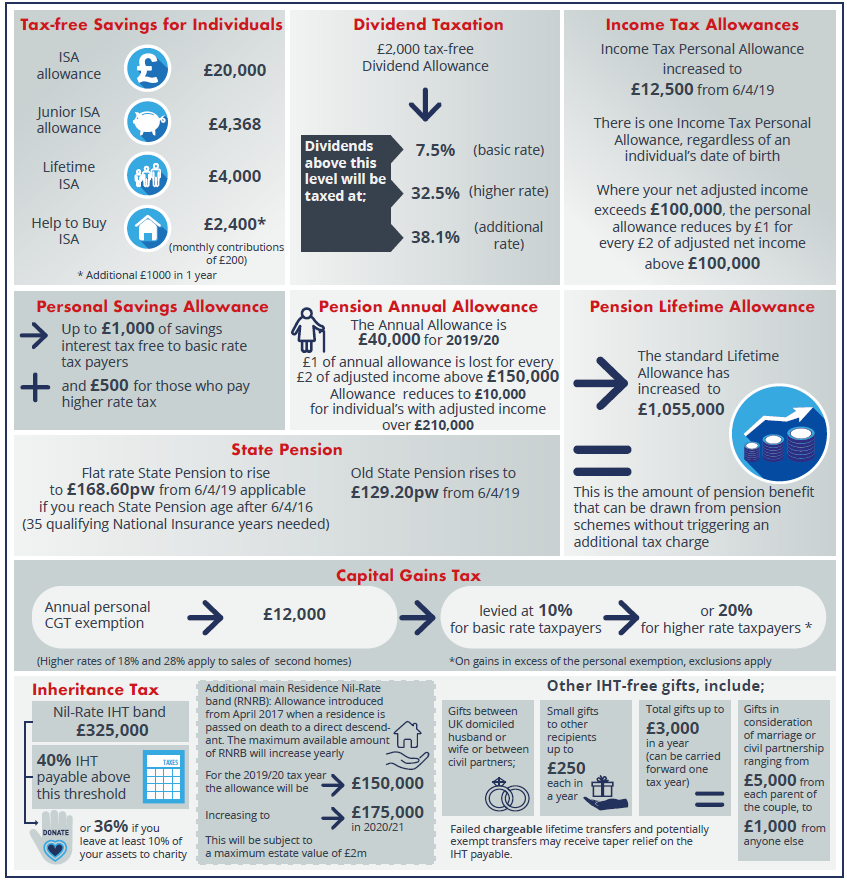 It is important to take professional advice before making any decision relating to your personal finances. Information within this document is based on our current understanding of taxation and HMRC rules and can be subject to change in future. It does not provide individual tailored investment advice and is for guidance only. Some rules may vary in different parts of the UK; please ask for details. We cannot assume legal liability for any errors or omissions it might contain. Levels and bases of, and reliefs from taxation are those currently applying or proposed and are subject to change; their value depends on the individual circumstances of the investor.